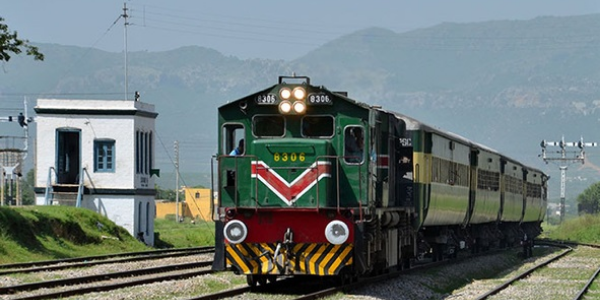 Here in this post we provide you all the details about List of Passenger Trains In Pakistan & Train Classes. Every country’s economic development is dependent on the transportation sector. Railways are one of the most important modes of economic locomotion in Pakistan. Over the last few decades, Pakistan’s railways have been off the rails due to a variety of issues including poor infrastructure, corruption, poor government, political interference, and deplorable train conditions. From 1955 to till date Pakistan’s railways are in continuous loss due to low investment on railways than roads.

Here is the list of trains that are still being operated till date.

In Pakistan each class of train is divided according to its routes style and comfortablity of the customers. These are divided into seven different types overall but most of the stations only provide one or two type of classes for certain routes.

The classes are divided as follows:

The highest and most expensive class. AC Sleeper class is comprised of private compartments, each shared with one to three other travelers. The compartments contain two to four long bunks that can be used as both bench and bed. Bring a blanket, as the AC can actually get too cold.

In this class, the train windows don’t open, and you won’t see many (if any) outside people walking up and down the train selling snacks and chai—all tea and food service is managed by the train staff. Passengers in AC Sleeper class on a train in Pakistan.

Similar to the luxurious AC sleeper class, but shared with more people. Each closed compartment houses six travelers in total.

Sometimes known as “AC Lower”, this class depends on the train. On short rides, this class can be compared to riding on a bus with AC. On longer rides, this class will have bunk berths for sleeping. The sleeper train cars have an open layout, divided into sections. Each section will have six bunks to the side, and two bunks along the aisle.

Standard sleeper type compartment with an open berth style coach. Meaning, arrangements of open compartments with 6 bunk beds, and upper and lower bunks running along the path through the train car. In Economy Class (EC), some seats are for sleeping, others only for sitting

Similar to First Class Sleeper, but the seats to the side are only for sitting, not sleeping.

Standard train seating arrangements. Don’t be surprised if you spot people sitting and sleeping on the floor.

Prices of Train Tickets In Pakistan

Prices of tickets varies from each route to each class. Tickets usually starts from 400 PKR to 3000 PKR. Train that moves from Karachi to Lahore usually cost up to 1400/- depend upon the class of the train a person choses. From Islamabad to Quetta train ticket will cost up to 1900/- again it will depend upon the classes a person decides to chose. Not all the classes are available at the same route but most of them offers economy class . For local locomotion to city to city each ticket price will change accordingly.

Future of Trains in Pakistan

Pakistani government have announced to privatize Pakistan’s railways and split it into four different businesses focusing mainly on passenger, freight, infrastructure and manufacturing. In the past Pakistan railways has faced multiple financial and management crisis regarding operational system of railways. Now Government of Pakistan have joined hands with foreign countries to provide a better and international platform including main railway line.1 biggest project of CPEC phase 2. The chief aim of this venture is to connect Central Asian republics with Pakistan railway network.