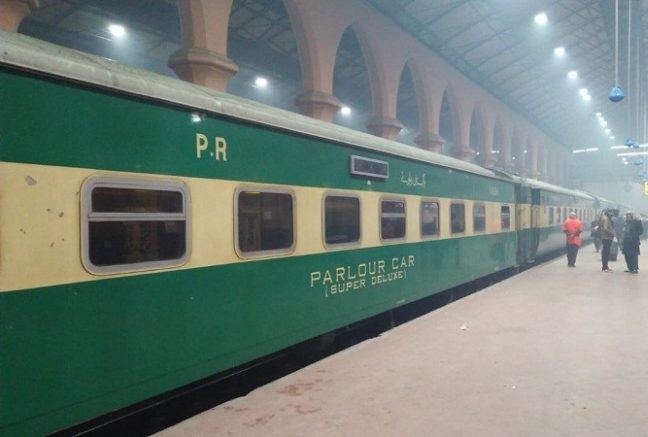 A senior spokesperson also told Dawn that repairs to the bridge between Quetta and Mach are being accelerated, but that it could take up to two months before the leg that stretches further to Karachi reopens.

To resume operations from Mach, PR moved personnel out of Quetta and brought in a new nine-car train from Lahore.Passengers booked their tickets at the Quetta station and were taken to Mach by coach under heavy security.

A senior spokesperson said passengers will be transported to Mach by road until rail service resumes from Quetta station. A shuttle that takes passengers to Mach is available at Quetta Station at 8 a.m. each morning, he said.

An agreement has been reached with the Deputy Commissioner for 14 buses to transport passengers between Quetta and Mach for three months.Additional seats will be provided at the Mach station for the convenience of passengers, as well as other facilities such as drinking water.

A senior spokesperson told Dawn that services between Quetta and Karachi have not resumed as repairs to the Dadu Kotri section are underway. He added that the Bolan Express was due to run the route after repairs.

Floods and power outages also disrupted signal systems in various locations. After Nullah Dek defected from occupied Kashmir and cleared the rail line, he also remained without train services between Narowal-Sialkot in the second week of August.

However, authorities resumed the operation after repairing the affected area in a few days.

Meanwhile, APP, citing a senior public relations officer, reported that Railways Minister Khawaja Saad Rafique had asked relevant departments to draw up a plan to restore all railway sections in the state.

PR has also started rehabilitation work on a 33-kilometer section between the Quetta-Bostan and Quetta-Chaman sections, officials told APP. On the condition of railway tracks in the province, officials added that most lines are over 100 years old and speed limits have been imposed on certain lines due to delays in maintenance due to lack of resources. Actions are being taken to improve the infrastructure.

He added that PC-I has been approved to rehabilitate tracks in the state, including the 100 km line between Ahmedwar and Darbandin in the Quetta Taftan section.