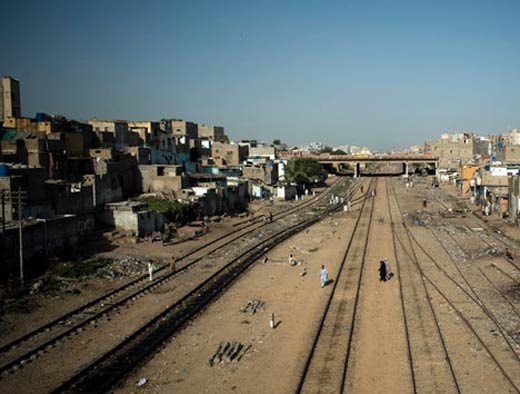 Most of Pakistan’s railways on about 9,986 acres of land worth billions of rupees have been found illegally occupied by private, private and various government departments across the country.

Approximately 3,287 acres of land have been seized in Punjab, 832 acres in Khyber Puktunkhwa, 5,180 acres in Sindh and 687 acres in Baluchistan,” a ministry official told APP.

However, he said Pakistan Railways has reclaimed up to 955 acres of land worth Rs 19.603 crore in the past five years in various counter-aggression operations across the country.

About 476 acres in Punjab, 133 acres in Khyber Pakhtunkhwa, 327 acres in Sindh and only 19 acres in Balochistan have been reclaimed by Pakistan Railways,” he said.

“A three-month intervention prevention plan will be prepared according to common rules of procedure and sent to all stakeholders,” the official added.

He also said that Pakistan Railways is undertaking ongoing nationwide efforts to reclaim land from various individuals, groups and even corporate organizations that have used the land for residential, commercial and agricultural purposes over the decades. He said he had decided to accelerate anti-aggression land grabbing activities.

The intervention operation will be launched with the support of the railway police and relevant local government district administrations,” he added.

He said the government should take measures against land encroached by land plunderers, including detailed investigations being conducted to identify invaded lands occupied by individuals and illegally occupied by various government departments. It said it was taking several steps to bring it back.