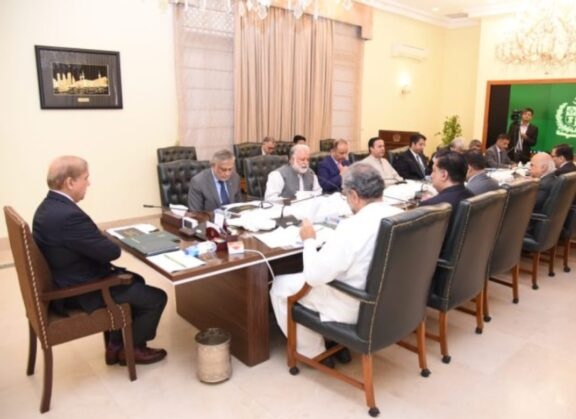 Having chaired a conference discussing various proposals to overcome winter load shedding, he advocated reducing reliance on imported fuels for power generation and instead using local resources to produce cheaper electricity. instructed to do so.

Prime Minister Shebaz has ordered all expedient to be taken to guarantee power supply. The Department of Energy briefing focused on estimating power supply and demand, as well as the fuel needed to generate electricity.

Prime Minister Shebaz Sharif was told on Thursday that Pakistan Railways will complete the laying of 105 kilometers of rail by March 23, 2023, facilitating the transportation of tar coal to power plants, cement plants and brick kilns across the country.

At a meeting chaired by the Prime Minister, it was announced that a new railway line from Chor to Islamkot will be built at a cost of Rs 580 crore to be shared equally between the federal government and the Sindh government.Shehbaz also formed a commission under Planning Minister Ahsan Iqbal and Sindh Chief Minister Syed Murad Ali Shah with the task of assessing the availability of coal from the Thar mines and its demand in the local market, with a 72-hour It asked to submit a committee within report.