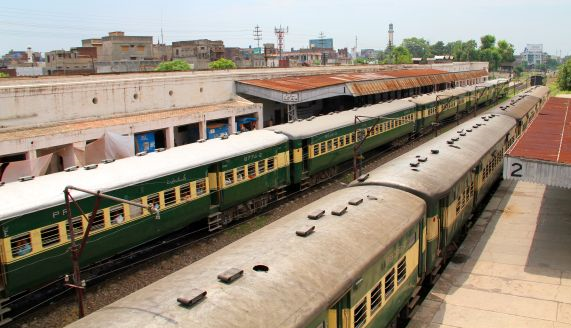 According to reports, drivers and security guards of various passenger trains, Khyber Mail and Rehman Baba Express, expressed dissatisfaction with the train tracks. They declared the railroad line unsuitable for the full restoration of railroad service.

Train services have been suspended for 16 days, and three trains scheduled for October 5 are expected to be cancelled. Pakistan Railways officials have started refunding reservations to passengers. But reservations for Khyber Mail, Rehman Baba Express, Karakoram, Karachi and Pak Business Express will continue. Submerged railroad tracks have been found at various locations in the Padidan section.

The railway bureau has issued the 17th suspension notice. Pakistan Railways has suffered an economic loss of over Rs 220 crore due to the suspension of train operations for a month and his seven days.

Train service has been partially restored from Padidang to Bucelli with a controlled speed of 10-20 kilometers per hour. The Sukkur District Flood Control Center monitors the flood conditions of the affected railway trains daily. Railway authorities have decided to extend the closure of train operations on the mountain and valley tracks due to submerged tracks. Train services from Lahore and Karachi to Quetta have also been suspended for the time being.