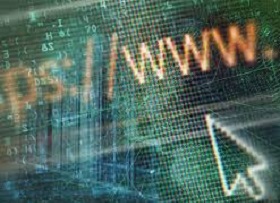 A report named “Digital Lives Decoded” was released at the 25th anniversary of Telenor in Asia. They conduct a survey of approximately 8,000 mobile users from eight countries named as Bangladesh, Indonesia, Malaysia, Pakistan, Philippines, Singapore, Thailand and Vietnam. The report states that the mobile connectivity makes easy for the users to enter in the digital world and to connect with their relatives and makes their relations better.

The report also states that almost 94% of people lived in Asia says that mobile connection plays a vital role in their lives, majority among them are women. 53 % of woman’s in Asia states that their quality of life is improved due to better connectivity and 40% of Men believes the same. Although the 73% of Pakistani believes that their relation with relatives and friends become better due to good connectivity and 68% stuck at the balanced technology.

The survey report states that the biggest benefit of better connectivity is financial services. 90% of Pakistani believe that better connectivity has increased their access to find financial services, while there is a disparity is present between rural and urban responses and they need to be pointed out to increase the inclusion scale present outside from the urban areas. A sustainable use of the mobile connectivity is also an agenda among three in four responses.

According to the reports, a large number of users believe that use of mobile connectivity helps them in improving their quality of life is due to the use of calls and emails are 92% and search engines are of 80% for the purpose of work are 84% and for the purpose of e-commerce learning use is of 86%. The report also states that the 92% of women takes their mobiles with them almost half of the day, and 42% carry it , 90% carry it for the whole day and 23% are never left with it.9 peoples 5% among the 10 states that better mobile connectivity has increased their better access to education, financial and health care.

The report states that 70% of Pakistanis spend a large number of their time to mobile along with this 32% increase is expected. The parts of life in which the mobile use is increased are work is 86%, 75% online services, 74% social media , 97% of Pakistanis believe that they are confident in the exposure of their digital skills while the 96% search for the future advance in technology.

After the survey has been completed the comments given by the chief executive officer of Telenor Pakistan Mr. Irfan Wahab Khan states that better mobile connectivity not only increase the economic development but it also helps peoples to empower them in a number of ways. It brings the people of world to come close to each other with every passing day and making a route for the people of Pakistan to enter in the world of technology by providing the entrepreneurship and employment opportunities.