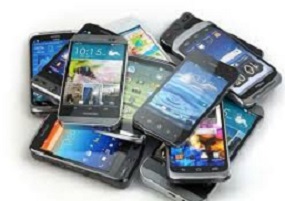 Twenty first century is known as century of scientific development. Undoubtedly in previous decades man has made tremendous progress in the field of science and technology. This development has helped man a lot. Due to this progress man is become the most powerful creature on the planet. It raised it access to space and is ready to explore the stretches of time and depths of oceans. It has made the world a global village because of progress in the field of mass communication. The best example of which is invention and development of Mobile phones.

Currently life seems impossible without having an android cell phone, because this gadget has revolutionized the life of mankind. Previously it was used just to convey message and for call but currently it has become a mini computer which can perform almost all tasks which a computer can.  Gradually man is totally become dependent on mobile phones. It made its space in the fields of education (Online classes during COVID 19), of Food (Online food delivery), health (Online medical treatment and health facilities), Defense (Satellite system and tracking system) ,GPS and many others.

One can order food online, online tickets, online shopping, online doctors, online tuitions, online video call etc. All these facilities are no doubt are blessings for man in this hustle and bustle. Along with these benefits mobile phone has created many threats to man’s life.

Excessive use of mobile phones can cause serious health problems. It can damage eyesight .it can bring harm to neck and eye muscles. Its radiations can cause harm to heartbeat and to mental health of an individual. Excessive use of mobile phones can make a man lazy and push him away from practical life. Its unnecessary use can cause mental health issues which can lead to mental illness to human beings.  Kids are normally more vulnerable as their immune system is comparatively weak but they use mobile phones to play games and to watch you tube programs which can bring harm to them.

Man is known as social animal. It cannot exist without fulfilling the needs of its social life. In ancient times in the evening people used to sit together and discuss whole day’s matters with each other. This act provided them an opportunity to complete their catharsis and also a chance to learn from the experiences of each other. Now life has become so busy that man does not have time to sit and discuss the matters with each other. This gap is filled by social media sites but unfortunately most of the opinions on social media sites are either fake or baseless. This has destroyed the social life of human beings. This gap between generations causes disharmony among individuals which ended at a disaster. The need of hour is to create a balance between personal and social lives of an individual.

Use of mobile phones while driving on the roads also becomes the cause of swears road accidents.  That is why law enforcement agencies emphasize on safe driving with good health. Using mobile phones while driving can disconnect a driver from his or her surroundings and may also put him or her in a world of fantasy which can lead to road accident. This kind of accidents can not only cause swear physical injuries to the driver but also put the health of rest of the people on the road in extreme danger. Awareness must be spread among the people to avoid these kinds of accidents in future.

Use of mobile phone makes a man’s personal life insecure. There are a lot of websites or android applications which demand access to the personal information of an individual’s while we use them. Their security system is not much secure and these can easily be hacked by criminal minded hackers. These hackers after that can use persona data of customers for their criminal activities which can destroy the social, moral and individual life the client. Pictures, videos, contact numbers, personal information, bank account details, credit card details and other important details can be stolen by these criminal minded hackers and later they can black mail an individual which can lead to a suicide attempt.

World has witnessed a horrible wave of terrorist attacks in last few decades. After thorough investigation the fact has revealed that most of the activities were carried out by the terrorists with the misuse of mobile phone devices and many innocent people were also targeted by these criminals. Remote control bomb blasting is also a main postulate of misuse of mobile phones which has destroyed the lives of many people. These criminals catch the innocent and illiterate people in their trap by offering them big prizes against buying a new SIM on their personal ID card. These SIMs were then used for criminal activities which after investigation put these innocent people behind the bar.

Excessive use of mobile phones has destroyed the moral life of human beings as a whole. Every religion emphasizes on the protection of respect and honor of human beings and this was practiced in ancient times. This kind of environment guaranteed a peaceful society in the past. Unfortunately we have indulged ourselves in moral less activity by using mobile phones.  Illegitimate relationships between opposite ganders have rapidly increased due to the misuse of mobile phones. Parents are also deceived by the youngsters as these issues are being exhibited in dramas, movies and in short plays. The purpose of these plays should be reformative.  On the other hand these gadgets can be used to reform the society and to revolutionize the world.

Wastage of Money And Time

Multinationals round the globe are introducing new features in their mobile handsets likewise they charge very high amount for these mobiles. Common man in underdeveloped countries is already hand to mouth. In an attempt to buy these gadgets they use illegal ways to earn money which lead to mass destruction.